Some time ago I started to write an entry about kites. It was about the fun my family and I were able to have with a pair of kites we bought for a dollar. The cheapness of the kite adds a little to the challenge of keeping it up in the air. Economics nuts will agree that I get to realize a lot of consumer surplus.  They really are fun once you figure them out.  You even have some control over how it flies though you only have one string. 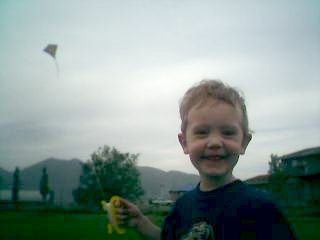 I highly recommend getting one at your local dollar store or supermarket. But that's not what this post is about anymore.

Yesterday Marc Christensen took some of his co-workers to fly kites during lunch.  He owns a variety of stunt and power kites.  The smaller stunt kite is a lot of fun.  It's amazing how much control you have with just two strings.  Marc also has some much larger kites including one that requires a harness and a variety of safety features. 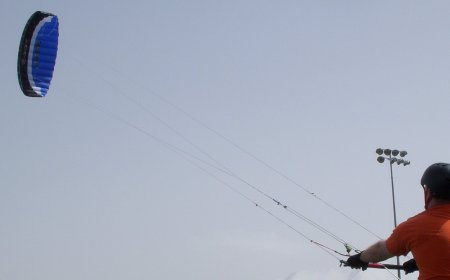 Rusty had a reasonably easy time of it so I thought I'd have a go.  Honestly I didn't really think about it much.  If I had I would have declined. 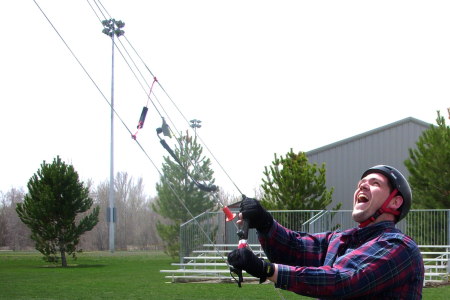 With your back to the wind there is a cone-shaped area in front of you toward the center of which the pull of the kite gets stronger. The idea is that you keep the kite to the sides of that cone or above it. 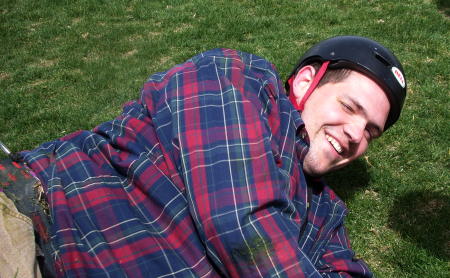 This is what happens when you cross through the middle of that cone. I brought the kite over from left to right safely and then started to turn it back to the left. Apparently I brought it too low and lost control. I was launched about 20 feet forward and was very lucky that the kite crashed into the ground. I have several nice bruises and some sore muscles. It was fun, yes, but not a good value proposition for me. I'll be sticking with smaller kites (or a good deal less wind) from now on.