DO NOT BUY! There's a reason there are no reviews or ratings on devices on the Google Play.

Update: 3 months later; Yes, THREE months later I finally have a refund for this horrible product.

Remember the HTC Nexus One Car Dock? It cost $55, plus free shipping, but, hey, it had a Bluetooth audio device and some speakers on it. It was attractive and well designed. Mine broke after nearly a year, but HTC replaced it. 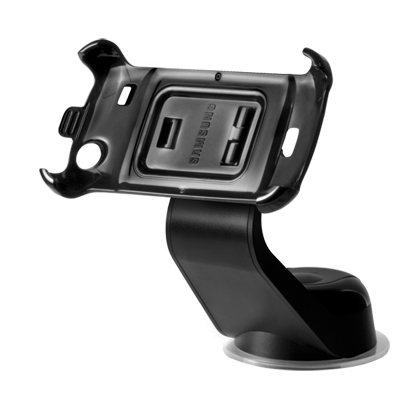 And the Samsung Nexus S Navigation Mount? That sold for around $40, plus $4 shipping. Kinda steep considering it didn't have any electronics in it at all. A little hard to get your phone out of, but it felt secure in the durable but flexible hard rubber frame. If you were in a hurry you could leave it in the frame and pop it off the mount. It was thin and light enough you could almost imagine they meant for you to leave it on all the time. I'm sure some people do.

But the Samsung Galaxy Nexus Vehicle Dock, for $54, plus $10.50 shipping! is probably the worst piece of equipment I have ever had the misfortune to purchase. If you ordered one please do yourself a favor and cancel. If the UPS guy rings your doorbell tell him you're refusing shipment. The product description says, "The custom fitted cradle holds the handset securely during long rides." What it means is, "If you can get your phone into it, don't plan on getting it out. It's in there for the long haul."

There's about a half inch of hard, inflexible plastic in every direction. If you press hard enough you'll feel lucky if don't break off your volume buttons, power button, and the pogo pins inside the dock. When you hop out of the car to catch the express bus into town just insert your crow bar in the back and have your catcher's mitt ready for when your beloved Galaxy Nexus flies out the window onto the hard, unforgiving pavement. The brainless middle-manager who personally designed this abomination "design can't be that hard, right?" should be sent back to middle-school with a sign on his back that says "kick me!" "c'mon, real funny, guys. ha ha."

It has pogo pins, button extenders, a 3.5mm audio jack, and a micro-USB plug. Jail cells have a toilet. Good thing, right?

Don't believe me? Here's a link to the similar product (without the electronics) on Samsung's own website. Be sure to sort by "most helpful first".

What's that you say? A re-stocking fee? No, I don't think that's going to happen. A 15% re-stocking fee for this monstrosity? That's $8.10 for the privilege of opening this enormous box and fathoming the depths of my disappointment. Can I at least pay the return shipping cost?